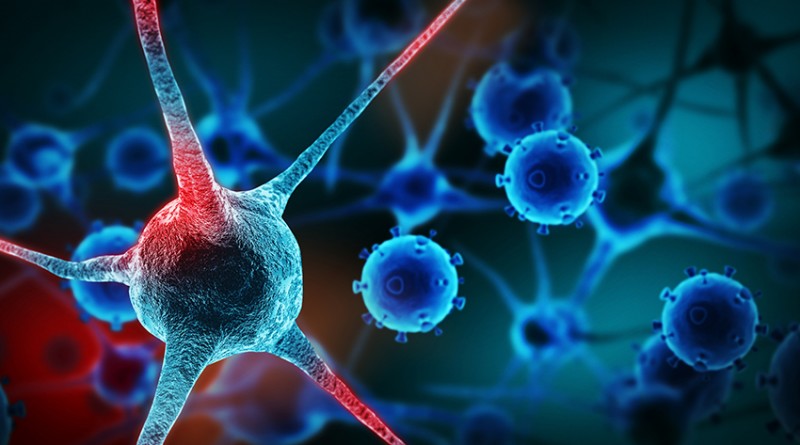 Background: This phase II study evaluated the safety and activity of ipilimumab, a fully human mAb that blocks cytotoxic T-lymphocyte antigen-4, in patients with advanced melanoma.

No therapy to date has been shown to improve overall survival (OS) in randomized clinical trials involving patients with metastatic melanoma [1], including agents that have been shown to have an effect on OS in other cancer types [2]. Advances in the understanding of immune regulatory mechanisms have led to the design of new strategies to generate more effective antitumor immune responses. A novel approach involves targeting cytotoxic T-lymphocyte antigen-4 (CTLA-4), one of the primary immune checkpoint molecules [3–5]. CTLA-4 expression counteracts T-cell receptor- and CD28-mediated signals to suppress the activation of T cells. Studies in murine models confirm that antibody blockade of CTLA-4 results in immune potentiation, augmenting T-cell activation and proliferation which causes tumor regression [6, 7].

Ipilimumab is a fully human mAb that blocks CTLA-4 binding to its ligands, B7-1 and B7-2, on antigen-presenting cells [4, 8]. Early clinical studies have shown that ipilimumab (single or multiple doses, 0.1–20 mg/kg) as monotherapy or combination therapy can induce durable objective responses or disease stabilization in patients with advanced melanoma [9–16]. T-cell activation in response to ipilimumab can be measured shortly after initiation of therapy [17]; however, the timing of the appearance of measurable clinical activity is variable and sometimes occurs after initial progressive disease (PD) as per modified World Health Organization (WHO) criteria or RECIST [18]. Therefore, immune-potentiating anticancer agents may need to be evaluated with specific response criteria due to mechanisms of action and response kinetics that differ from chemotherapy [18].

A recently completed phase II randomized trial (CA184-022) compared ipilimumab therapy at doses of 0.3, 3, or 10 mg/kg in pretreated patients with advanced melanoma [19]. This study demonstrated a statistically significant trend effect for best overall response rate (BORR) in favor of 10 mg/kg. The present study, CA184-008, is a single-arm trial that evaluates the efficacy and safety of ipilimumab monotherapy at 10 mg/kg in a large cohort of pretreated patients with unresectable stage III or stage IV melanoma. To characterize new patterns of activity previously observed with ipilimumab, an exploratory analysis of proposed immune-related response criteria (irRC) was carried out [18].

This was a phase II, open-label, single-arm multinational trial (ClinicalTrials.gov Identifier: NCT00289627) . The study was conducted in accordance with the ethical principles of the Declaration of Helsinki and the International Conference on Harmonization of Good Clinical Practice. The protocol was approved by appropriate institutional review boards or independent ethics committees. All participating patients (or their legal representatives) provided signed informed consent before enrollment.

Patients aged ≥16 years with a histological diagnosis of recurrent and unresectable melanoma measurable by WHO criteria, a life expectancy of ≥16 weeks, and an Eastern Cooperative Oncology Group performance status of zero to one were eligible. Patients must have failed at least one prior systemic therapeutic regimen containing interleukin-2, dacarbazine, paclitaxel, carboplatin, fotemustine, and/or temozolomide. Patients were excluded if they had previous or active brain metastases, autoimmune disease, mucosal or ocular melanoma, concomitant therapy with any anticancer/immunosuppressive agent or chronic systemic corticosteroid, or prior treatment with a CD137 agonist or a CTLA-4 modulator. There were no exclusion criteria for baseline lactate dehydrogenase (LDH) levels.

Ipilimumab at 10 mg/kg was administered as a 90-min outpatient i.v. infusion every 3 weeks for four doses during the induction phase (on weeks 1, 4, 7, and 10). Patients with PD before week 12 (according to WHO criteria), but without significant clinical deterioration, completed the induction phase. The maintenance phase began at week 24, with ipilimumab dosing every 12 weeks until PD, death, drug-related toxicity requiring discontinuation of treatment, or withdrawal of consent.

Patients with stable disease (SD) or better when the initial phase of the study closed or patients with SD or better at week 12 who subsequently progressed were eligible to roll over on to a separate companion study (CA184-025) [20] and receive maintenance therapy or re-induction with ipilimumab at 10 mg/kg, respectively. Patients with PD at week 12 were permitted, as per protocol, to be followed beyond PD before the introduction of non-ipilimumab anticancer therapies and were eligible (when the study closed) to roll over to study CA184-025 for follow-up only. Follow-up continues in this study and is the source of updated survival data.

Response end points were on the basis of assessments by an independent review committee, which reviewed all radiographic films before the start of new anticancer treatment (including all films obtained after PD). The primary end point was BORR, defined as the proportion of patients with complete response or partial response (CR or PR; by WHO criteria) observed at any time during the parent study. The first scheduled tumor assessment was at week 12, and CRs or PRs were confirmed at least 4 weeks later. Early progression did not preclude a designation of SD, PR, or CR at week 12, but an overall assessment of PD at or after week 12 precluded a subsequent designation of SD, PR, or CR.

Secondary end points included OS, 1-year survival rate, and disease control rate (DCR; the proportion of patients with CR, PR, or SD). Survival was assessed at the end of the observation period (24 weeks after the last patient was treated) and every 6 months thereafter, with updated analyses of survival data conducted and reported. As per protocol, all efficacy data reported in this article are on the basis of conventional measures.

Adverse events (AEs) were graded using the National Cancer Institute—Common Terminology Criteria for Adverse Events (version 3.0) and the safety analysis was on the basis of the frequency and severity of all AEs for every patient receiving at least one dose of ipilimumab. AEs were recorded from the date of first dose until 70 days following the final dose (corresponding to five half-lives).

For the primary efficacy analysis of BORR in a sample size of 150 treated patients, the lower boundary of the two-sided exact 95% confidence interval (CI) would be at least 10% when ≥23 responses were observed (i.e. a BORR of ≥15%). BORR and DCR were calculated with corresponding exact two-sided 95% CIs using the method of Clopper–Pearson [21]. OS was calculated using Kaplan–Meier estimates and expressed as median values with corresponding two-sided 95% CIs using the method of Brookmeyer–Crowley [22]. Survival rates were calculated using the Kaplan–Meier method together with a corresponding two-sided 95% bootstrap CI. (Additional details on methodology are published as Supplementary Data, available at Annals of Oncology online.)

Enrollment and first dosing took place from June of 2006 to January of 2007 across 50 sites in Europe and North America. A total of 226 patients were enrolled and screened, but 71 were not treated as most (63 of 71) did not meet study criteria at the treatment start date. Treated patients (N= 155) included those who received any ipilimumab dose. Study population baseline characteristics are shown in Table 1. Almost all patients were treated for metastatic disease before enrollment, and 126 patients (81%) had not responded to prior systemic therapy.

BORR was 5.8% (95% CI 2.7% to 10.7%; nine PRs), with five PRs ongoing at the last tumor assessment. The DCR was 27% (95% CI 20% to 35%) with 33 patients (21%) having SD, which was ongoing at the last tumor assessment in 19 patients. Although no patient had a CR, responses were observed in patients at all stages of metastatic disease and in patients with normal or elevated baseline LDH levels. Eighty-seven patients (56%) had PD by WHO criteria, with 26 patients (17%) having rapid progression and therefore no on-study assessment (i.e. PD by clinical observation only).

Of the 87 patients characterized as PD by WHO criteria, 43 were evaluated by irRC before receiving additional anticancer therapies and 12 had evidence of clinical activity (Supplemental Figure S1a, available at Annals of Oncology online). Seven patients experienced irSD with a slow steady decline in total tumor burden, one patient experienced irPR after irPD (i.e. after an initial increase in total tumor burden), three patients experienced irPR after the appearance of new lesions, and one patient experienced a late PR/irPR. A waterfall plot of peak change in total tumor burden (at the time of first database lock) is shown in Supplemental Figure 1b (available at Annals of Oncology online). OS was similar between patients with activity per WHO criteria and patients with WHO PD but activity per irRC (Supplemental Figure 1c, available at Annals of Oncology online).

Eighty-four percent of patients experienced drug-related AEs with 43 patients (28%) having grade 3–4 events (Table 2). Serious AEs were reported for 83 patients (54%) and were considered drug related in 49 patients (32%). The most common AEs were immune related (irAEs); 70.3% of patients had an irAE of any grade, which occurred mainly in the skin and the gastrointestinal tract. The majority of irAEs resolved with the use of systemic corticosteroids alone. The median time to resolution (i.e. the time to improvement to grade ≤1 or to the grade at baseline) was 4.6, 3.3, and 3.1 weeks for liver, skin, and gastrointestinal grade 3–4 irAEs, respectively; the median time to resolution of endocrine irAEs could not be estimated in this study (did not resolve in one of two patients). Three patients (1.9%) required additional immunosuppressive therapy to resolve their irAEs (infliximab or mycophenolate mofetil). Importantly, no patient experienced a bowel perforation as described in previous studies with ipilimumab [16].

In the present study, ipilimumab at 10 mg/kg resulted in a DCR of 27% using WHO criteria. However, 12 patients characterized as PD by WHO criteria (8% of all treated patients) had evidence of a reduction or stabilization in total tumor burden by irRC. Thus, using both WHO criteria and the irRC, a DCR of ∼35% was obtained. Patients with responses by WHO criteria or the irRC had favorable survival outcomes. Consistent with the results of other ipilimumab studies [16, 18, 19], new patterns of response were observed in the present study that included a decrease in total tumor burden after the appearance of new lesions and/or an initial increase in total tumor burden (i.e. responses after PD by WHO criteria). Such patterns have been observed with other immunotherapeutic agents [26, 27] but not with chemotherapy. Follow-up of patients beyond PD may be critical to identify all patients that respond to ipilimumab, but this was not mandated in our study; so, the actual proportion of patients with a response to ipilimumab may be underestimated. Thus, revised assessment criteria may be needed to provide a more accurate picture of ipilimumab clinical activity [18].

The AEs observed in this study are consistent with the results of other ipilimumab studies in advanced melanoma [16, 19, 28]. irAEs were the most common and were medically manageable and reversible in the majority of patients with the use of corticosteroids. Only 1.9% of patients required secondary immunosuppressive therapy. Endocrinopathy was also symptomatically managed with steroid replacement, but it is unclear whether this irAE is reversible. Prompt medical attention and adherence to specific treatment guidelines may prevent severe and potentially life-threatening outcomes from irAEs (e.g. diarrhea/colitis leading to bowel perforation) [29, 30]. In the present study, the use of these treatment guidelines likely contributed to the reported absence of bowel perforation. These results emphasize the importance of proactive irAE management in order to prevent serious complications from ipilimumab therapy.

The results of this phase II trial demonstrate that ipilimumab at 10 mg/kg has activity in heavily pretreated advanced melanoma, which includes patients that had not responded to prior systemic therapy. Responses by irRC were observed in some patients with early PD by traditional measures, and these patients had good survival outcomes relative to patients with PD and no response by irRC. In contrast to chemotherapy, early PD by WHO criteria does not necessarily signal the failure of ipilimumab. Currently, there is no marker that can predict response to ipilimumab before the start of treatment, nor is there a marker that can serve as a surrogate for response after therapy has begun. The overall response rate would be improved if the potentially responsive population could be identified before or early in the course of treatment. Studies to identify peripheral and tumor biomarkers of ipilimumab activity are ongoing [31, 32]. In summary, the survival data from the present study (which are mature and not subject to major change) support further investigations of ipilimumab efficacy in patients with pretreated advanced melanoma, as well as prospective evaluation of irRC.

Editorial and writing assistance was provided by StemScientific, funded by BMS. 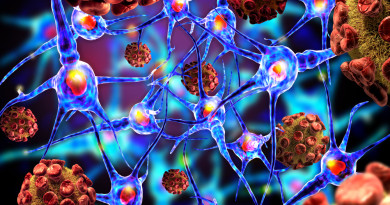 Heritage: A phase III safety and efficacy trial of the proposed trastuzumab biosimilar Myl-1401O versus Herceptin 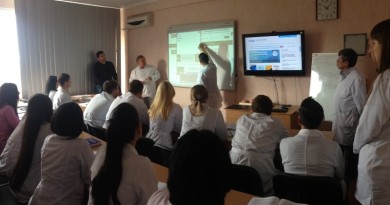