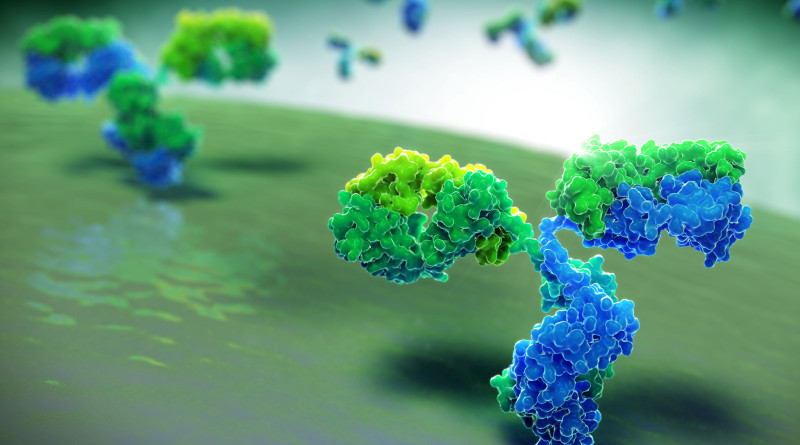 Conclusion The combination of BV with Cape, Tax, or Anthra improves clinical benefit in terms of increased PFS in first-line treatment of metastatic breast cancer, with a safety profile comparable to prior phase III studies.

Advances in the treatment of early-stage breast cancer have improved outcomes for patients. Despite these improvements, however, many women ultimately develop metastatic breast cancer (MBC). MBC is essentially an incurable disease, and the prognosis has changed little over the past decade; the majority of patients succumb to their disease within 2 years of diagnosis.1–3 New and novel treatments for patients with MBC are needed to improve control of disease and prevent symptoms, while minimizing toxicity.

Antiangiogenic therapies such as bevacizumab (BV), an antibody to vascular endothelial growth factor, have proven to be effective in improving outcomes in metastatic disease from several tumor types.4–6 For MBC, combinations of BV and established chemotherapy regimens potentially offer new, more efficacious treatments without the significant toxicity associated with combining multiple cytotoxic agents.7–10 Two prior randomized first-line phase III trials in MBC have shown the effectiveness of taxane (Tax) plus BV combinations in the initial treatment of human epidermal growth factor receptor 2 (HER2) –negative MBC. In the pivotal phase III E2100 trial, when compared with weekly paclitaxel alone, weekly paclitaxel plus BV significantly prolonged progression-free survival (PFS) and increased the objective response rate (ORR), while having limited impact on safety.11,12 Subsequently, the Avastin Plus Docetaxel (AVADO) trial, which investigated the docetaxel plus BV combination, demonstrated similar findings.13 A previous randomized phase III trial (AVF2119g) demonstrated that ORR was higher in patients treated with capecitabine (Cape) plus BV than Cape alone, suggesting that the Cape plus BV combination might improve PFS as first-line treatment for patients with MBC.14

RIBBON-1, an international, multicenter, phase III, randomized, placebo-controlled trial, was designed to evaluate the efficacy and safety of BV in combination with chemotherapy regimens, including non-Tax, such as Cape, used as initial chemotherapy-based treatment of MBC.

RIBBON-1 (Regimens in Bevacizumab for Breast Oncology) was an international, multicenter, phase III, placebo-controlled trial. Before random assignment, investigators chose whether a patient would receive Cape or a Tax- or Anthra-based chemotherapy regimen (Fig 1). Patients were randomly assigned 2:1 to receive either chemotherapy plus BV or chemotherapy plus placebo, using a hierarchical dynamic random assignment algorithm via an interactive voice response system. Stratification factors included disease-free interval, which was defined as time from the later of either primary diagnosis or last dose of adjuvant chemotherapy (≤ or > 12 months); history of prior neoadjuvant or adjuvant chemotherapy (yes or no); number of metastatic sites (< or ≥ three sites); and choice of chemotherapy (Tax- or Anthra-based cohort only).

BV was administered at 15 mg/kg intravenously (IV) every 3 weeks and was continued until progressive disease (PD), unacceptable toxicity, investigator decision, completion of 48 months of BV, or death, whichever came first. There were no reductions in BV/placebo dose. If an adverse event (AE) necessitated holding BV/placebo, the dose remained unchanged when treatment resumed.

Patients with documented PD in the blinded phase of the study could choose to receive open-label therapy with BV (5 mg/kg/wk dose equivalent) with a second-line chemotherapy agent, chosen by the investigator. No second-line Anthra chemotherapy was allowed.

All enrolled patients were analyzed separately in the two cohorts according to treatment random assignment for efficacy end points. All reported data are based on investigator tumor assessments. PFS was defined as the time from random assignment to first PD or death from any cause. Data for patients who received nonprotocol-specified anticancer therapy before first PD were censored at the time of the last tumor assessment before initiation of nonprotocol-specified therapy. OS was defined as the time from random assignment until death. ORR was defined as the percentage of patients who achieved a complete or partial response confirmed ≥ 28 days after initial documentation of response. Analyses of PFS in each cohort were performed at the two-sided α = .05 level. Time-to-event data were compared between treatment arms using a stratified log-rank test. The Kaplan-Meier method was used to estimate duration of time-to-event data. The 95% CIs for median time to event were computed using the Brookmeyer-Crowley method. The HRs for time-to-event data were estimated using a stratified Cox regression model with separate nuisance hazards for each of the strata described in study design. There were 16 strata in the Tax- or Anthra-based cohort and eight strata in the Cape cohort. One-year survival rate was assessed between treatment arms using the normal approximation method. ORR in patients with measurable disease at baseline was compared using the stratified Mantel-Haenszel χ2 test. Random assignment stratification factors were included in all stratified analyses.

All treated patients were evaluated in safety analyses based on actual treatment received. AEs were cross-tabulated by treatment arm and chemotherapy class (Cape, Tax, or Anthra).

In each of the Cape and Tax/Anthra cohorts, demographic and baseline characteristics for all randomly assigned patients were well balanced between the placebo and BV treatment arms; no baseline characteristics differed by more than 10% (Table 1). However, because investigators chose the chemotherapy for each patient before random assignment, there were differences between characteristics of the Cape and Tax/Anthra cohorts. Notably, patients receiving Anthra had less treatment for their early-stage breast cancer, including fewer surgeries, less adjuvant Tax history, and no prior Anthra as required per protocol (data not shown).

There was no statistically significant difference in OS or the 1-year survival rate between treatment arms for either cohort. For the Cape cohort, the estimated HR for OS, based on the stratified analysis, was 0.85 (95% CI, 0.63 to 1.14; P = .27). The 1-year survival rate was higher in the Cape plus BV arm compared with the Cape plus placebo arm (81.0% v 74.4%, respectively; P = .076). For the Tax/Anthra cohort, the stratified HR for OS was 1.03 (95% CI, 0.77 to 1.38; log-rank P = .83), and the 1-year survival rate was 80.7% in the BV-containing arm and 83.2% in placebo-containing arm (P = .44). As expected for first-line treatment of MBC, after discontinuing their assigned study treatment, the majority of patients received additional lines of systemic treatment with either chemotherapy, hormonal agents, or second-line combinations with BV that might have affected OS (Table 3).

For all three classes of chemotherapy (Cape, Tax, and Anthra), the incidence of selected AEs and grade 3 to 5 AEs was higher in the BV-containing arms than in the placebo-containing arms (Table 4). Hypertension and proteinuria were consistently increased in the BV-containing arms regardless of the chemotherapy. In the Tax-treated patients, bleeding events and febrile neutropenia occurred with a more than 5% greater incidence in the BV-containing arm. For both the Tax- and Anthra-based chemotherapy subgroups, the incidence of AEs leading to study drug discontinuation was higher in the BV arm than in the placebo arm; most events were considered to be related to study drug (Tax: 24.1% v 7.8%, respectively; Anthra: 14.3% v 4.0%, respectively). In the Cape cohort, there was no difference (both 11.9%). In both the Tax and Anthra subgroups, although the cumulative AEs leading to study drug discontinuation during the blinded phase had a higher incidence in the BV arm, no single AE or organ toxicity accounted for the increase (data not shown).

Across chemotherapy classes, there was a higher incidence of serious AEs in the BV-containing arm compared with the placebo-containing arm (Table 4). However, subgroup analyses of AEs and serious AEs by patient demographics between the treatment arms compared with the overall population did not reveal any new safety concerns for any of the chemotherapy classes (data not shown). For all patients treated with Anthra-based chemotherapy, left ventricular ejection fraction decreased slightly after treatment. The decline was similar between treatment arms (baseline vlowest postbaseline value: 65.7% v 59.6%, respectively, in the BV arm, compared with 64.7% v 60.8%, respectively, in the placebo arm).

The majority of deaths occurring during the study period were related to disease progression. The incidence of treatment-emergent deaths (within 30 days of last dose of study drug) and all deaths not related to PD was low and balanced across all treatment arms regardless of the chemotherapy (Table 4).

Improvements in PFS were seen with each chemotherapy class used. Although the Tax/Anthra cohort presents an analysis of aggregate data from patients receiving different chemotherapies with which BV was combined, exploratory analyses evaluating subgroups split by chemotherapy class received (Tax or Anthra) showed that the hazard reduction was similar regardless of the chemotherapy received. Although the earlier AVF2119g study failed to meet its primary objective of prolonged PFS with the combination of Cape and BV in patients with advanced MBC,6 the positive findings for the Cape cohort of RIBBON-1 suggest that the AVF2119g findings may have resulted from the patients in that study being more heterogeneous and having more advanced MBC rather than from the ineffectiveness of this treatment combination.

Despite the improved PFS seen in both the Cape and pooled Tax/Anthra chemotherapy cohorts of RIBBON-1, the combination with BV did not lead to a statistically significant difference in OS for these patients, which is not an unexpected finding for first-line MBC treatments.16,17 Of note, consistent with the primary objective of showing a PFS benefit, RIBBON-1 allowed cross over to BV in second-line treatment for all patients at first progression. Use of this option by up to half of the patients in the placebo arms in both chemotherapy cohorts may have compromised or detracted from the ability to demonstrate a difference in OS between the two study arms. A prior trial using a cross-over design showed PFS improvements but no OS difference.18 As expected for a first-line MBC population, most patients had extensive exposure to subsequent lines of systemic therapy. The multiple subsequent therapies may have also limited the ability to detect improvement in OS, as has been observed with other large studies in MBC.19

The combination of BV and chemotherapies besides Tax did not result in any significant changes to the AE profile of BV or increase fatal toxicities. As observed in prior studies with BV, patients treated with BV experienced increased rates of hypertension, proteinuria, and bleeding (which included epistaxis and upper and lower GI bleeding). Other toxicities seen in this trial appear to be linked to the chemotherapy received rather than to BV.

In summary, the results from RIBBON-1 demonstrate that the combination of BV with first-line therapy (Cape, Tax, or Anthra) provides clinical benefit in terms of increased PFS and increased ORR with a safety profile for BV consistent with prior phase III trials. These data, together with those from E2100 and AVADO, provide a clear rationale for adding BV to first-line cytotoxic therapy for patients with HER2-negative MBC.

Although all authors completed the disclosure declaration, the following author(s) indicated a financial or other interest that is relevant to the subject matter under consideration in this article. Certain relationships marked with a “U” are those for which no compensation was received; those relationships marked with a “C” were compensated. For a detailed description of the disclosure categories, or for more information about ASCO’s conflict of interest policy, please refer to the Author Disclosure Declaration and the Disclosures of Potential Conflicts of Interest section in Information for Contributors. 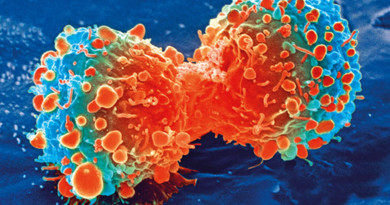 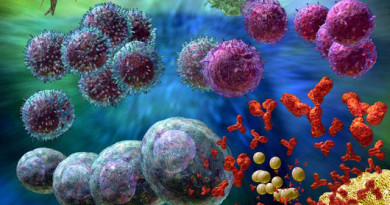 Efficacy and safety of palbociclib in combination with letrozole as first-line treatment of ER-positive, HER2-negative, advanced breast cancer: expanded analyses of subgroups from the randomized pivotal trial PALOMA-1/TRIO-18 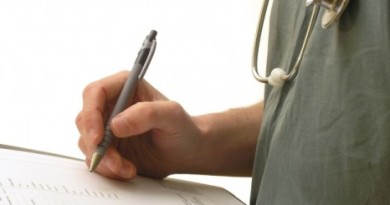 What is informed consent form?